When I started with month one of Insanity Training and Shaun T showed up on the video telling me it was going to be tough, he wasn’t wrong. I found month one hard to start off with, but slowly gained strength and began to keep up with the Shaun, Tonia and the crew – I was always finishing each session soaked in sweat and completely drained of energy, but feeling like I had made a little more progress.

Coming out of the recovery week and into month two, I was in for a shock. This was getting serious. Whereas month one sessions tend to be around 40 minutes, in month two sessions can range anything from 55 minutes up to 80 minutes. And it’s all at full intensity.

One thing’s for sure. Previously I had a bit of trouble cramming all the calories into my body. At the beginning of my Insanity journey I was always feeling full. As soon as I started moving into month two, dang, I was hungry all the time. Still taking on around 2,800 calories each day, but my body was now burning up the fuel and wanting more.

On day one of the second month I’m all revved up and ready to get myself a big dose of Insanity. The recovery week has worked out nice for me. Some difficult moves and a lot of static exercises that have tested me, but nothing that has made me sweat and want to collapse in a heap.

So I’m ready for whatever Shaun T is going to throw at me. For some reason I want this to hurt. Maybe I’m missing the intensity of month one.

The water is waiting and the towel is nearby. DVD on and we dive straight in with fit test number three, which I barrel through and give my all. I make big gains on a lot of the exercises, but lose a little on power jacks, power jumps and suicide jumps. 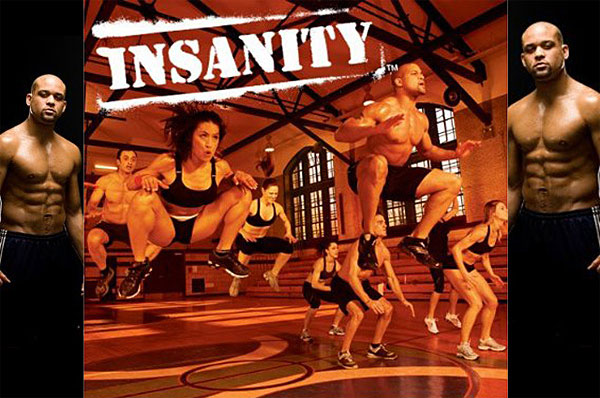 I’m a bit annoyed with myself. I’ve consciously stopped myself looking at what I got last time and have just been powering myself to failure. Now I’m thinking that what I’ll do in future is look at last time’s score and aim to beat it. That may give me more of a determination. Don’t get me wrong, I blew my scores right out of the water on most of the exercises, but it’s just a bit annoying when some of those scores just don’t hack it.

Also, I think that maybe because I really excelled myself on some of the exercises, I was more tired for the subsequent exercise.

By the time the fit test was out of the way I was completely destroyed. And I still had an hour of Max Interval Circuit session to go. This was tough.

Even during the warm up, I started to realise that my body was already getting tired, but I hung on in there.

The warm up session is an extension of month one, with some more complex exercises thrown in there that required a bit more coordination, including straight-arm jacks, high knees with arms outstretched to the side at shoulder level, switch kicks, hit the floor, side-to-side floor hops (pretty damn intense!) and an unassuming exercise called jump-rope side to side, which I really had some problems with to start with. My body just couldn’t work out how to time my legs and arms together for this one!

Towards the end of the warmup I was starting to whimper a bit and seriously thought about switching off the DVD and collapsing on the floor. I kept telling myself to just keep going, five more minutes. Just hang in there.

After the stretch, a ridiculously hard core sequence of long circuits followed. Shaun T has taken many of the familiar standalone exercises from the previous month and mashed them up into supersets. One example is from the first circuit: ski abs, followed by push-up jacks, followed by in-out abs, followed by oblique push-ups. Then repeat. This is seriously tough and had me gnashing my teeth and whimpering, then shouting at the TV in anger that I was being put through this.

Shaun T also modifies the standard suicide jumps into a killer side suicide jump where you push out to the side instead of backwards, along with full body drills, which form a traveling superset that works the legs, core and upper body.

Max Interval Circuit also introduces you to several punching and boxing-inspired drills at varying difficulty levels. Depending on the exercise, my heart rate was able to slow down just a bit to get me back into a focused machine again, or had it punching against my chest wanting to rip itself out of my body.

This session was harsh. Now I begin to realise that month one was just all about building the foundations. It was just a preparation for month two, which is when all the work actually begins.

I had wanted to throw it in and quit on day one of month two. It was that much of a beast. Doing the fit test before a full 60 minute session is a killer move. But I got through it. All the way to the end. Nearly 90 minutes in total. It was awful and I was completely destroyed, but so utterly pleased with myself that I had not given up. I’m closing in a little more every day, getting closer to the end point and that great nine-week completion goal.

I was in bed by 9.30pm. This Insanity training session destroyed me that much. Throughout most of the intervals in this session I had to take unscheduled rest breaks. There’s definitely room for me to improve next time. 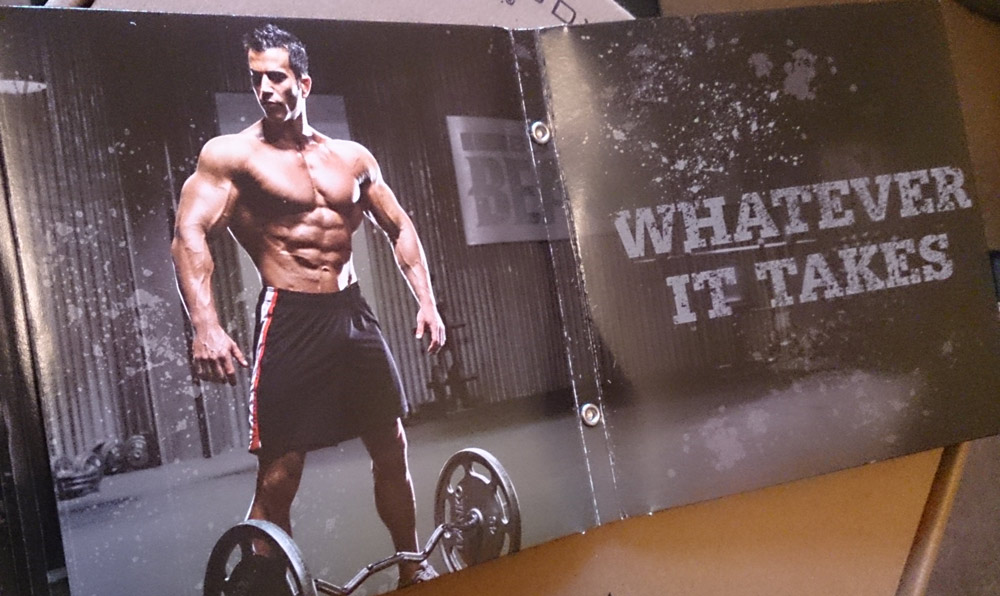 Body Beast promises to slap some serious muscle onto your body as well as stripping out the fat, but what equipment do you need for the Body Beast workout routines? Unlike many DVD home workouts, this workout series involves lifting weights. A lot. And because of that you're going to need some gym equipment to [...]
Equipment Needed For Body Beast 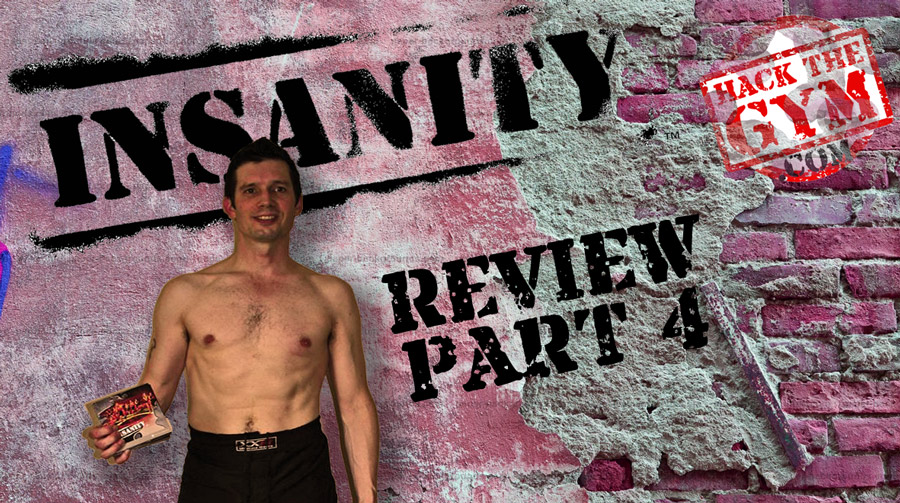 OK, so I’ve made it through the first four weeks of Insanity and I’m able to ease things off a bit in recovery week. Or at least that’s what I thought… Insanity recovery week is a bit of a rest break from month one and does allow your body to recover a bit before things [...]
Insanity Workout Part 4: Recovery Week Review 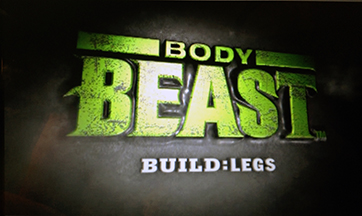 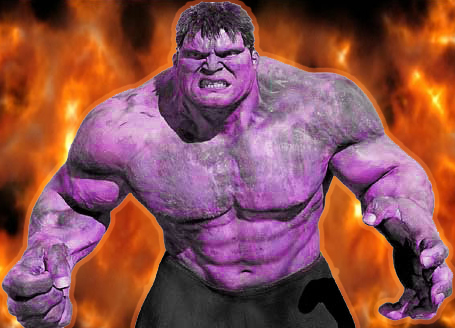 Recognise all of the top 10 signs of a gym legend below? Can you tick them all off? You could be a workout legend. On the other hand, perhaps you're just a gym rat obsessive! How many of the signs of a workout legend look familiar and are there any more that need adding to the [...]
Top 10 Signs You’re A Gym Legend – Do You Recognise Them? 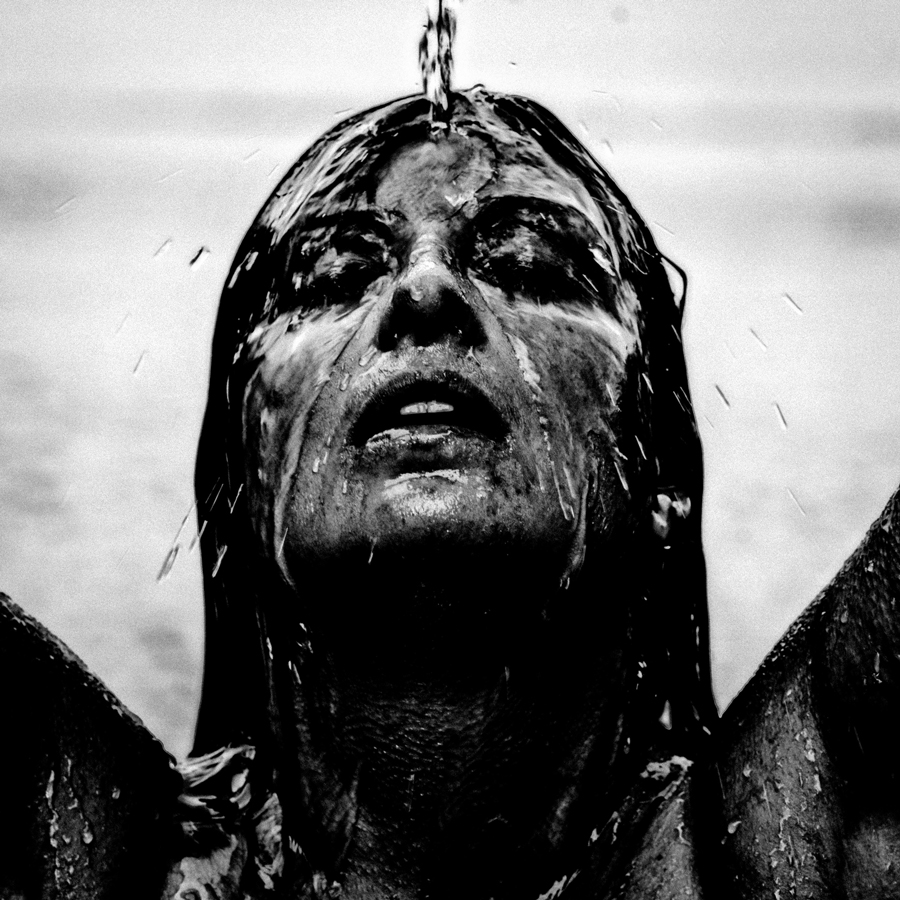 After a complete apocalyptic monster of a workout session, after collapsing on the floor in a heap of sweat, or staggering to reach your water bottle to chug the last of the liquid and quench your thirst, the next thing that most people think about is jumping into a shower to wash off all that [...]
Beat the Heat: Health Benefits of a Post-Workout Cold Shower 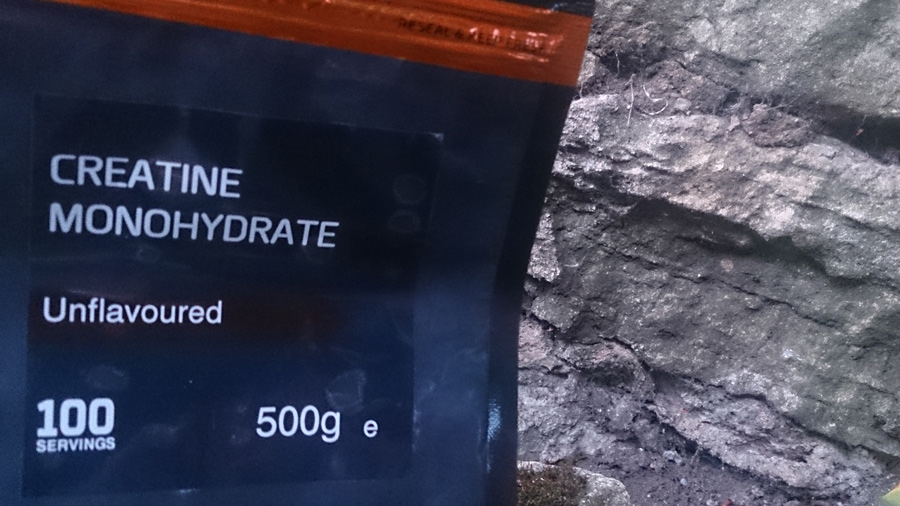 Back around 1995, when I first started looking at the use of creatine, it was still a new phenomenon in the fitness and bodybuilding world, with a lot of general confusion surrounding how it should be taken. Sifting through all the information from the press, the supplement suppliers and the food science experts, it seemed like the [...]
Everything You Need To Know About Creatine